Boom of foreign investments into China

The coronavirus pandemic made governments around the world shield key industries from Chinese takeovers but latest data show that investors from China are staying home whereas the local market is welcoming more foreign money. 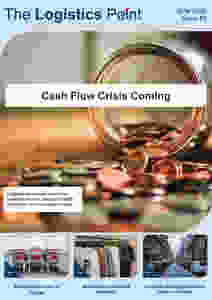 A new research, published by Rhodium Group, shows Chinese outbound M&A activity collapsing. According to the researchers there are many factors for that including the unstable Chinese market, as well as the many barriers to companies coming from the Asian country.

‘The number of newly announced transactions dropped from around 90 per month in the 2016-2018 period to barely 30 per month between January-May 2020. Compared to the same period in 2019, new outbound deal making by Chinese firms is down 71% in volume and 88% in value terms. Average monthly transaction values dropped from a peak of more than $20 billion in 2016 to $12 in 2018 and a mere $1.3 billion in 2020. So far this year, all companies in China combined have spent around the same amount on overseas acquisitions as HNA Group did in 2016 on one transaction – its purchase of a 25% stake in Hilton Worldwide Holdings ($6.5 billion),’ the researchers say.

The COVID-19 outbreak has slammed deal-making in both directions this year. But flows into China have picked up every month since January. In the first five months of 2020, foreign M&A into China totaled $9 billion, surpassing Chinese outbound M&A activity in both volume and value terms for the first time in a decade. The good consumer demand is one of the reasons behind the boom. Policy liberalisation is another.