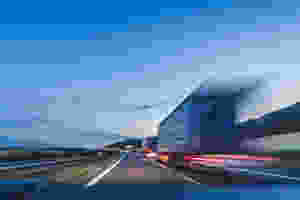 Too many new systems will block post-Brexit trade

“Logistics UK is concerned about reports that the UK government may jeopardise British business’ ability to keep Britain trading by negating key elements of the EU Withdrawal Agreement, which could put any further negotiations with the European Union at risk.  With only 16 weeks remaining until the end of the transition period for the UK’s departure from the EU, this would have severe consequences for UK supply chains, leaving very limited time for the logistics industry to react and prepare to new trading conditions, especially as the industry is approaching its Christmas trading peak,” says Alex Veitch, General Manager of Public Policy at Logistics UK.

“Logistics UK, as the business group representing the sector which supports every area of the economy, is adamant that a free trade agreement should still be the priority for negotiators to ensure that the movement of goods to and from Europe can continue with as few limitations as possible, to keep Britain trading effectively with its closest and largest trading partners.”